AIDS & Art: Artists in an Epidemic: About This Guide

This bibliography provides resources from MICA's Decker Library related to the themes and topics explored in the Decker Library display AIDS & Art: Artists in an Epidemic, on view from December 1, 2021 - January 29, 2022

This guide was developed in conjunction with the Decker Library exhibit, AIDS & Art: Artists in an Epidemic, on view at the library from December 1, 2021 - January 29, 2022. To see the complete list of items displayed in the exhibit, see Exhibit Bibliography.

In this guide you will find:

The Legacy of HIV/AIDS and Art 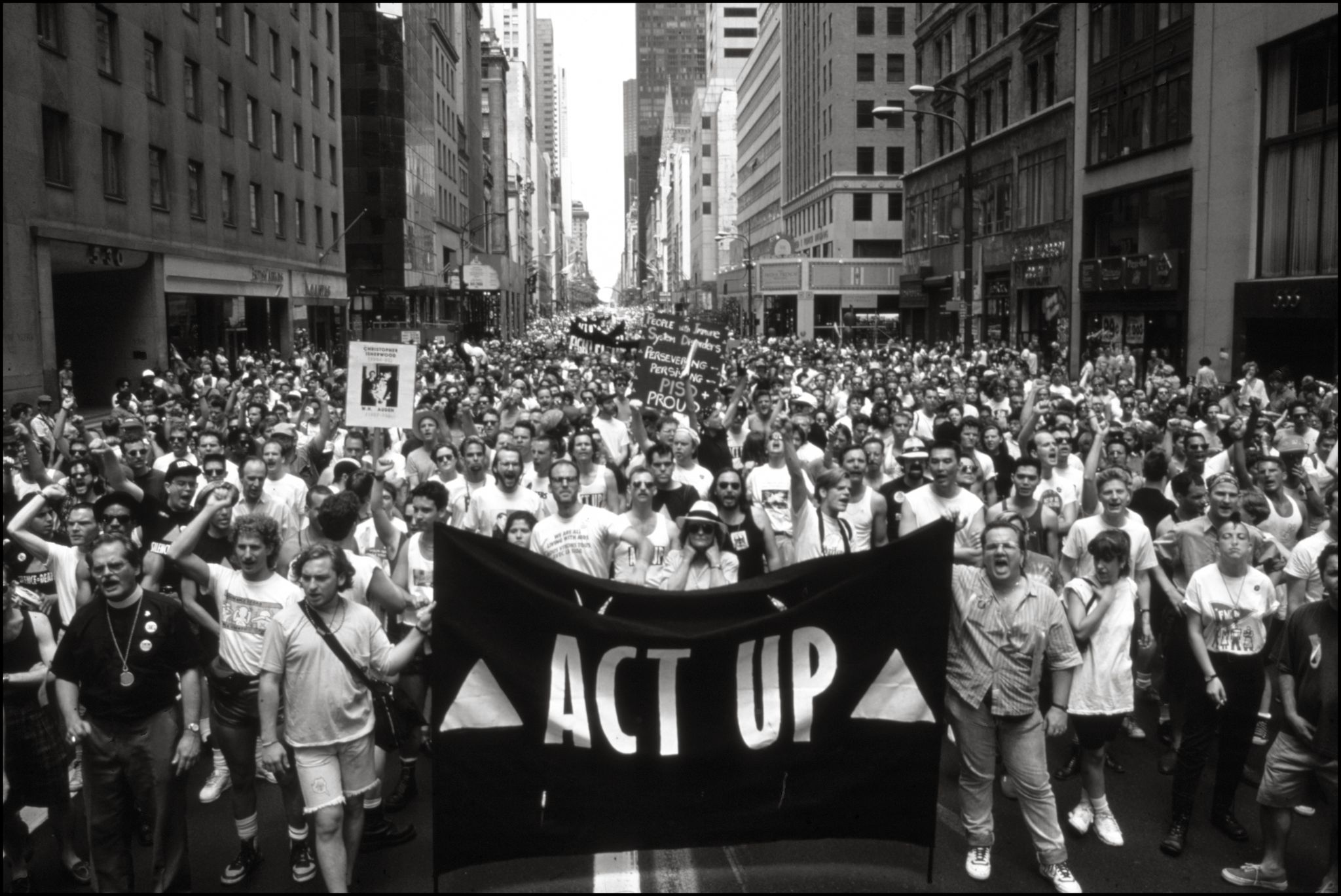 History of HIV/AIDS in the U.S.

In June of 1981, the CDC published details on the first U.S. cases of an illness that would soon after be known as AIDS (acquired immunodeficiency syndrome). While those initially diagnosed with AIDS were predominately gay men, HIV (human immunodeficiency virus)--the virus that causes AIDS--spread to many other marginalized communities including women, people of color, poor people, heroin users, and hemophiliacs. Myths, prejudice, and stigma spread alongside the virus. In those early years, government officials stayed silent and avoided requests to fund research and support patient care. It was not until 1990 when the Ryan White CARE Act was passed that federal government resources were finally being used to combat AIDS. 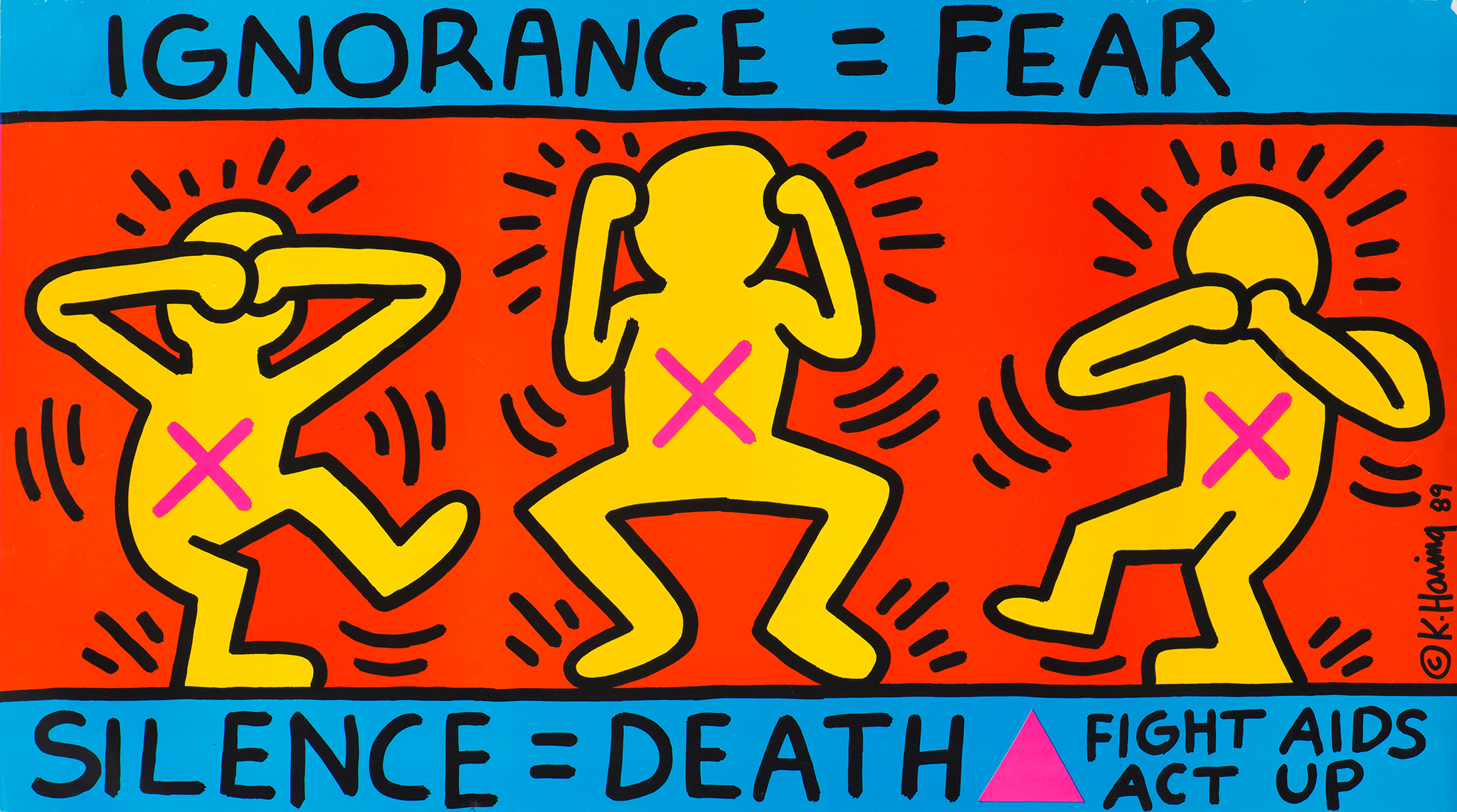 As fear spread, some people with AIDS fought back against the view that they were only victims and patients. Artists, creatives, and activists used a wide range of media to fight for their protections, put pressure on government officials, and change the face of HIV/AIDS. Amongst artists of the time, many died from AIDS as others watched their colleagues, friends, and partners suffer. The work made by these artists redefines what it means to be sick with HIV/AIDS and depicts a pivotal time in the lives of LGBTQ people, people of color, and other marginalized communities still impacted by the disease to this day.

To learn more about how artists continue to respond to the HIV/AIDS epidemic today, see Resources. 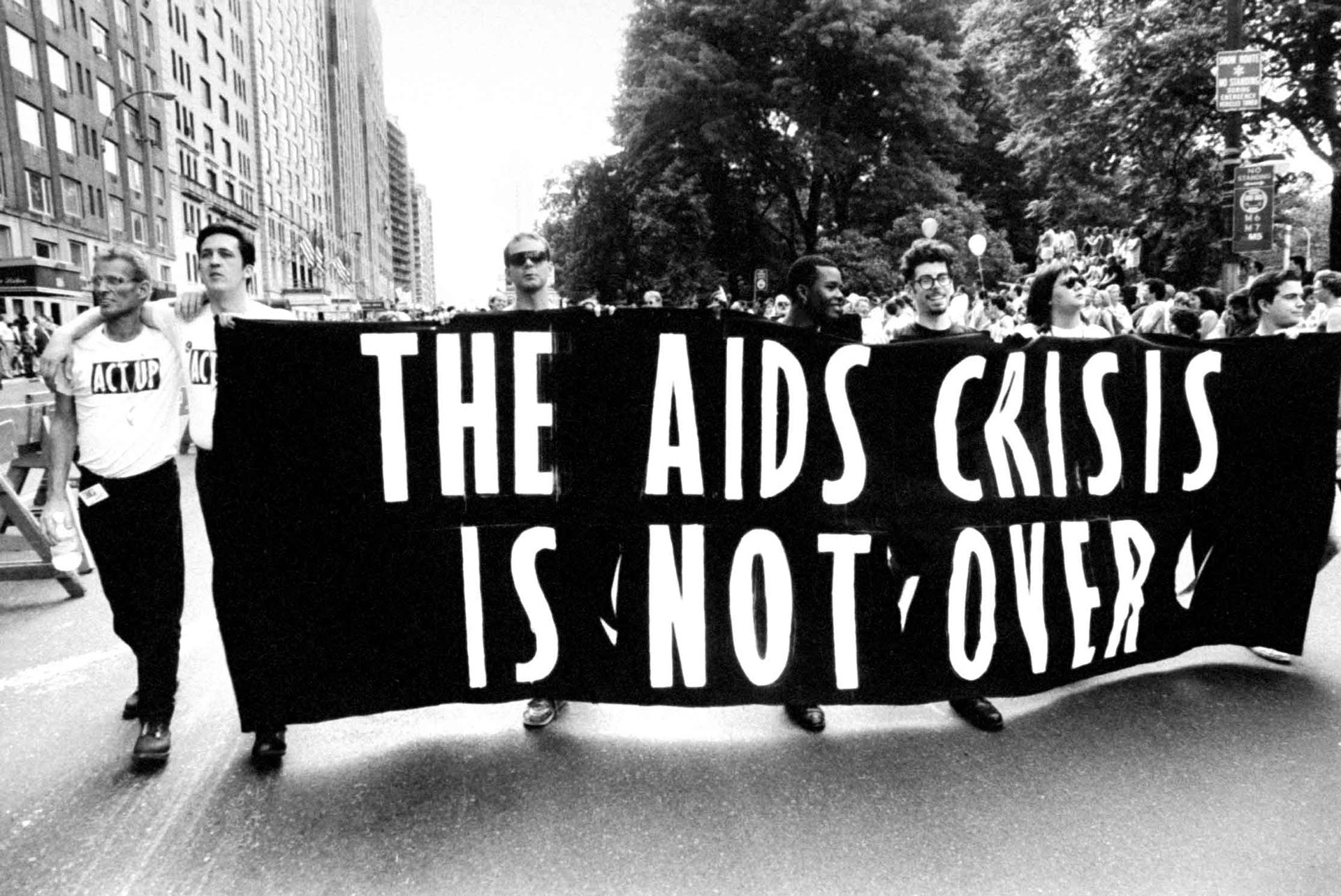 THE AIDS CRISIS IS NOT OVER

Globally, around 38 million people currently live with HIV and tens of millions have died of AIDS-related causes since the 1980s. In the U.S., 1.2 million people have HIV, 13% of which may not know it and need testing. Across the globe and in the U.S. HIV continues to disproportionately impact certain marginalized populations including members of the LGBTQ+ community, people of color, houseless people, and the uninsured. While new therapies and treatments have allowed those with HIV/AIDS to live longer and healthier lives, some of those most at risk can not afford consistent treatment and support and are at higher risk still of dying from HIV/AIDS. There is not known cure for HIV/AIDS and it is not over. 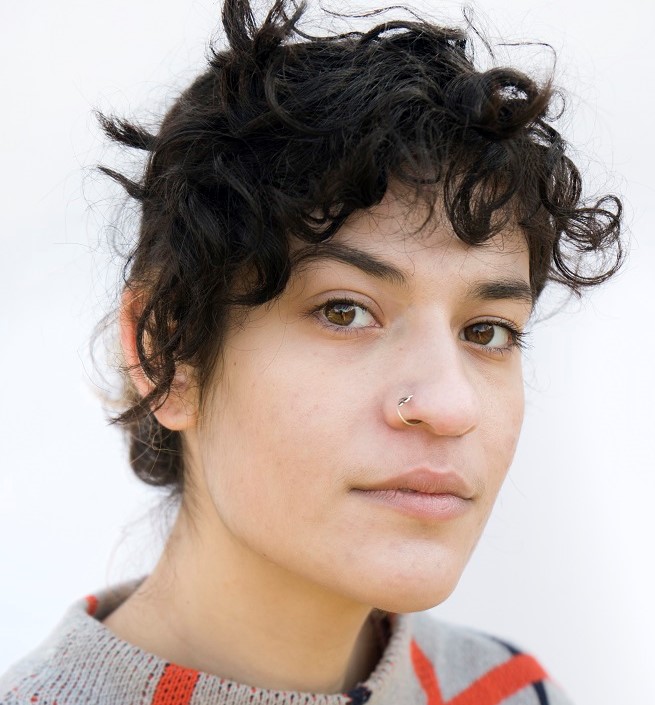