This guide supports further research into the history of art and activism, as well as some practical solutions for working artists.

This page provides a list of archives related to art, social justice, the labor movement, and the documentation of the lives of marginalized communities.

The Archiv of Youth Cultures

The Archiv of Youth Cultures is a centre for research, information, and education concentrating primarily on youth cultures. It was founded in 1997 and has so far collected an extensive range of media all around youth cultures. Our library includes more than 8000 books, 40.000 fanzines and magazines, thousands of layout flyers, newspaper articles, badges, CDs, DVDs etc, and more than 600 thesis about youth cultures. Our field work includes: organizing and presenting exhibitions (more than ten in the last seven years, for example “50 Years Bravo – 50 Years Youth Cultures in Germany”, “30 Years Punk in Germany”, “Young immigrants in Berlin”,  “Urban Art”, “Holocaust in Comic” and others about antisemitism of today); and for the last ten years, offering educational workshops, for example our main project “Culture on the Road”, which deals with discrimination like the right wing movement, racism, sexism, homophobia and antisemitism. We tour around Germany, Austria, Switzerland, Lichtenstein and Luxembourg and total 170 days on tour annually.

The mission of Interference Archive is to explore the relationship between cultural production and social movements. This work manifests in an open stacks archival collection, publications, a study center, and public programs including as exhibitions, workshops, talks, and screenings, all of which encourage critical and creative engagement with the rich history of social movements.

10,000 hours of audio and video recordings and thousands of documents about social justice movements locally, nationally, and internationally from the 1960s to the present. The Archives features speeches of movement leaders and community activists, protests and demonstrations, cultural currents of rebellion and resistance. This oral history is in a searchable database. You can download programs and clips. Internships and training programs are available.

The Lesbian Herstory Archives is home to the world's largest collection of materials by and about lesbians and their communities.

"We consider MayDay Rooms and its holdings to be an active social resource more than a repository; a place where, amidst the austerity-driven threats to education and spaces of dissent, the future can be produced more than the past contemplated; a communal space for the incubation of cross-currents and informal, unlicensed knowledges more than a ring-fenced scholar’s retreat. Historical material is harboured here with a view to participating in a network of sister institutions which will ultimately offer the space and conditions for these materials’ permanent deposit. MDR’s role is to provide a secure transit space where, in an open and collaborative mode, archives are shared, described and conjoined with the contemporary imagination." 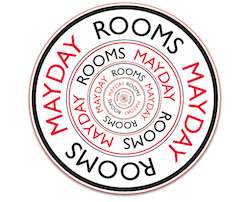 The Queer Zine Archive Project (QZAP) was first launched in November 2003 in an effort to preserve queer zines and make them available to other queers, researchers, historians, punks, and anyone else who has an interest DIY publishing and underground queer communities. 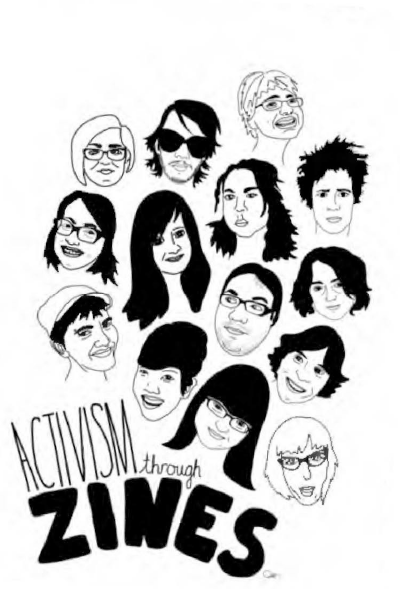 The Tamiment Library and Robert F. Wagner Labor Archives at New York University form a unique, internationally-known center for scholarly research on Labor and the Left. The primary focus is the complex relationship between trade unionism and progressive politics and how this evolved over time. Archival, print, photograph, film, and oral history collections describe the history of the labor movement and how it related to the broader struggle for economic, social, and political change.